Download and extract the scripts to your vCommander application server. Embotics recommends storing all scripts called by vCommander in a single location (c:\Scripts) for example. These scripts are executed by vCommander.

The scripts require minor editing before they will work with your systems. Refer to the comments in the individual script or  the table below for guidance on editing the contents.

Edit the script files for your environment:

Create a List based attribute that applies to the form, this is the user selectable option on the form to drive assigning the elastic IP in the completion workflow. 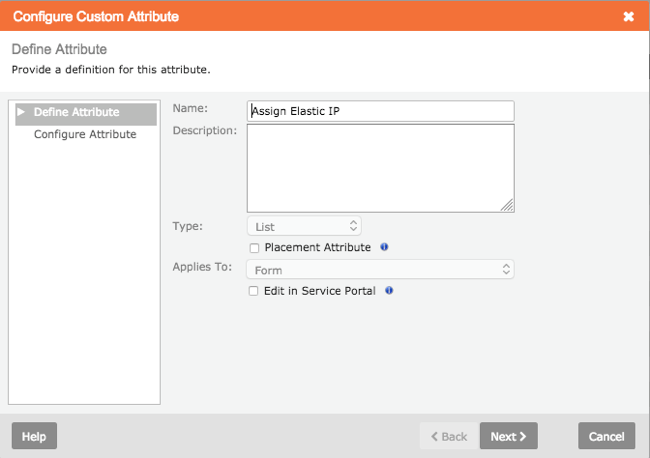 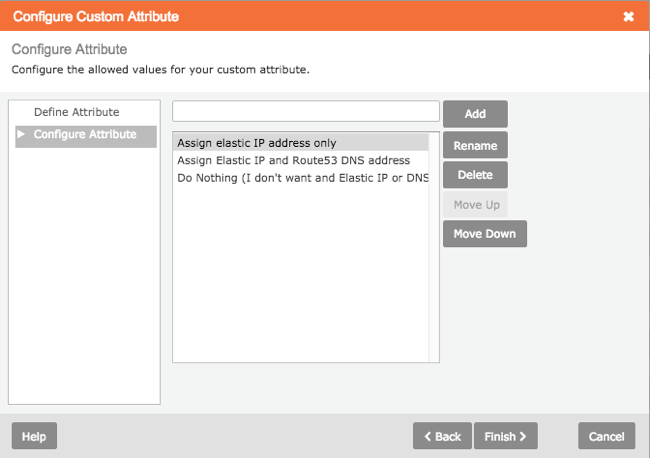 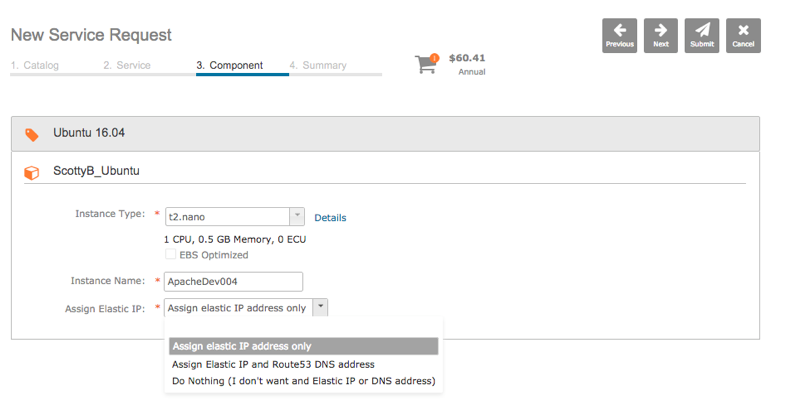 Adding a step to call the script in the Instance completion workflow (Post provisioning) with the following condition line syntax: 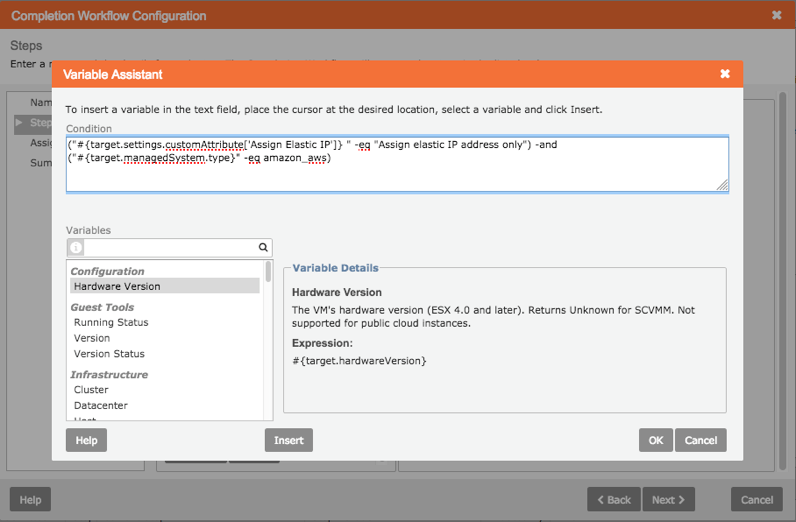 Adding a step to call the script in the Instance completion workflow (Post provisioning) with the following command line line syntax: 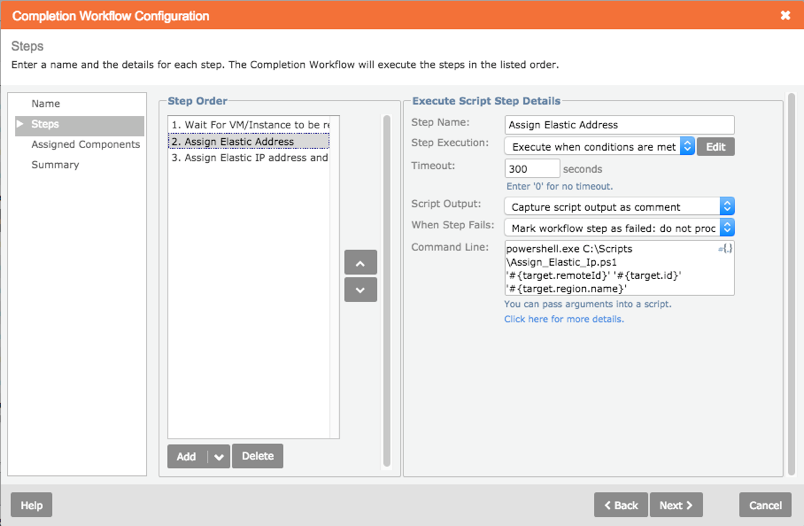 Now to configure vCommander to remove the assigned address when the service is decommissioned through vCommander. Edit your completion workflow that's tied to your decommissioning change request form. Add the following conditional Statements to ensure it only runs when needed:

Add an execute script step to remove the Elastic IP before your delete vm step with the following command line syntax: 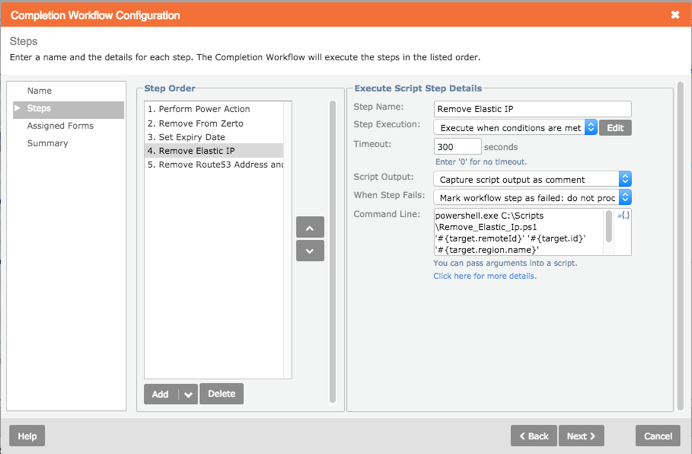 Now Request a VM as a test if everything was configured properly you will see the workflow run and the instance will have the attribute "AWS ElasticIP set" and will have the correct network information assigned. 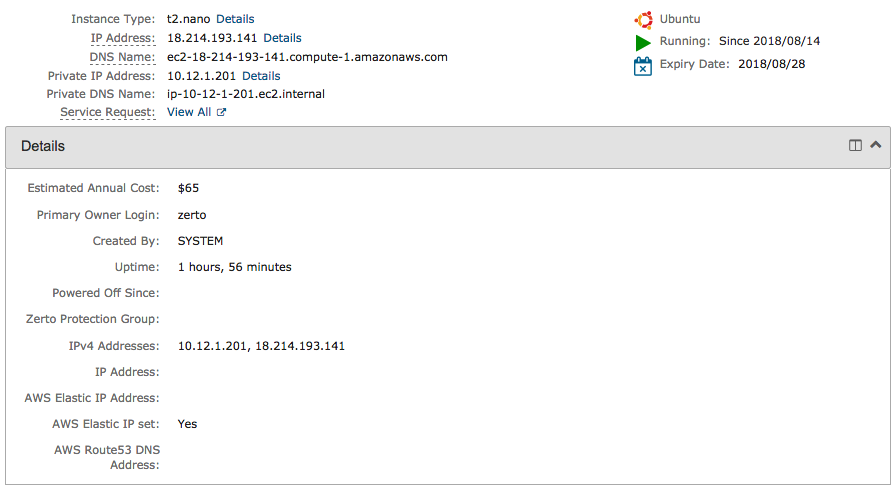 If you take it a step further and add a nominal cost to the "AWS Elastic IP set" attribute for a value of yes it will be populated on the form and in the Cost reports for vm's that have an elastic IP address set. 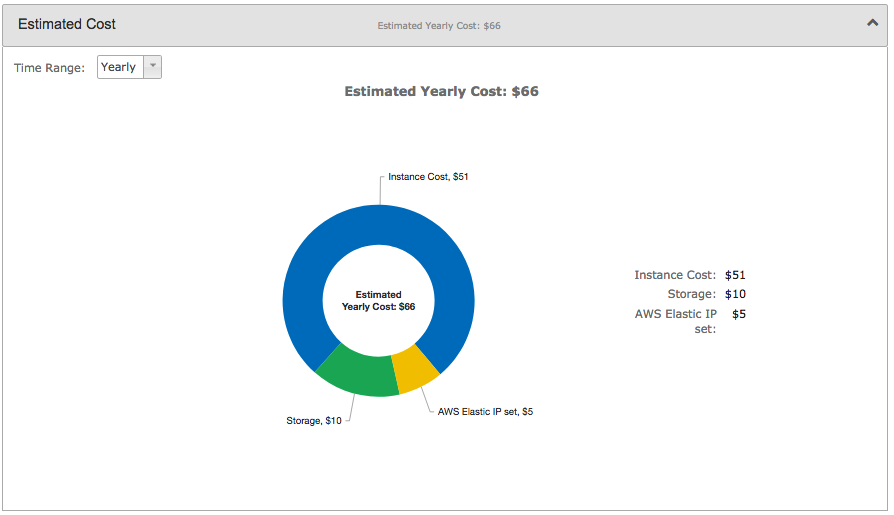