Adding a VM to a Group in Active Directory Print

The attached script is used with vCommander® Execute Script steps in completion workflows to add the deployed VM to a specified group in Active Directory.

Download and extract the script to your vCommander application server. Embotics recommends storing all scripts called by vCommander in a single location, using sub-folders to identify the functions of scripts. With the script with which this article is concerned extracted to C: on the vCommander server, the file system will look like this:

The script requires a minor edit before it will work in your environment.

Replace adtest with the name of the group to which deployed VMs will be added. 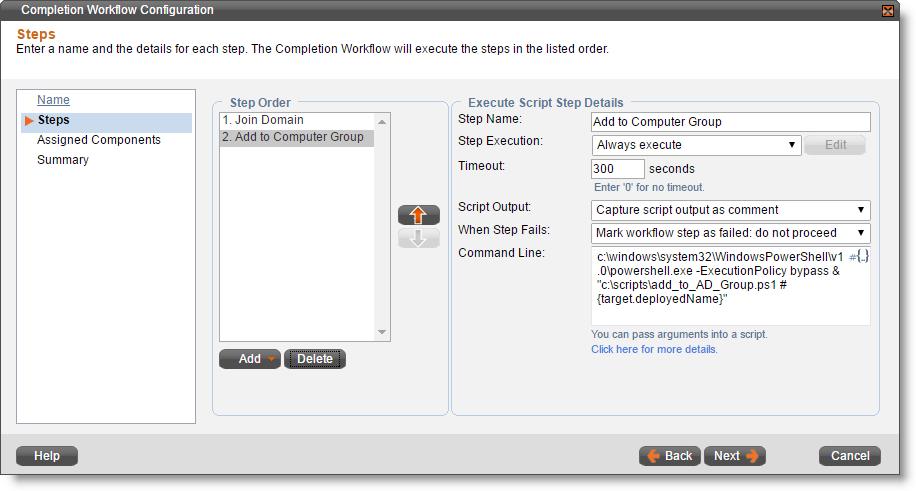 Step Execution: Always execute (or configure an appropriate condition on which to execute)

When Step Fails: Mark workflow step as failed: do not proceed