Each vCenter includes a web interface called the Managed Object Browser (MOB) which provides a GUI that exactly mirrors what vCommander® reads from the vCenter. As such, it's often useful to access the MOB to confirm what values vCommander is retrieving for infrastructure. 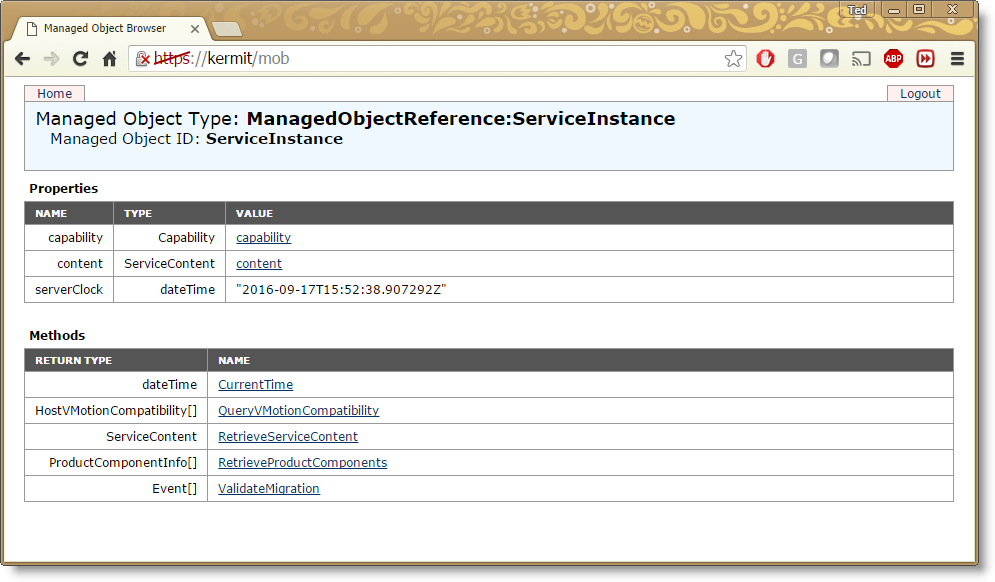 To access a vCenter's MOB, use the following URL format:

You will be prompted for credentials to login. When testing with customers, be sure to enter the credentials that are being used by vCommander to connect.

You can drill down into the mob, but there's so much information available that in most cases, you'll want to query the mob with a remote ID for the object with which you are concerned, be it a VM, vApp, switch etc. Unfortunately, while vCommander is aware of the remote IDs for each object, these are not surfaced in the vCommander UI. Sometimes, when debug is on, you can get these details in the log file:

However, you can get the remoteID from a  VM querying the database like so (replacing thursday with some or all of the name):

Once you have a remote ID to work with, you can use the URL format below to query the mob (example is for a VM):